Black Swans in the Security World

In 17th century Europe, they would use the expression “Black Swan” to refer to something impossible, because obviously only white swans exist and there are no black swans in nature. However, in 1697 the western world was astonished by the discovery of black 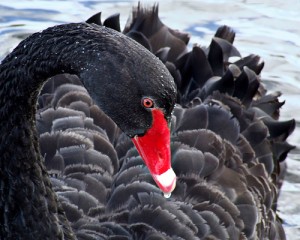 In other words, the unequivocal assumption that there are no black swans was refuted in a moment by one observation that proved the precise opposite. Since then the meaning of “Black Swan” has changed to an event that is considered impossible but that could later prove to be highly possible.

The “Black-Swan-Theory” was formulated by the philosopher “Nassim Taleb” and published in 2007. According to the theory, a black swan is an exceptional event of extremely great importance which ostensibly could not have been predicted – but from an historical perspective can be expected to occur once every so often.

In effect, Taleb’s black swan theory focuses on two features of the unpredictable:

Taleb argues that the vast majority of seminal events in history that were unforeseen at the time, in retrospect, when we look back, can be explained by rational causality.

A black swan is a High Impact Low Frequency Event – that is to say, the effects of such events on the future are extreme, but they occur at a low frequency.

The black swan theory maintains that a small number of black swans explain almost everything that happens in our world; from the success of ideas, via the flourishing of religions and the outbreak of wars, to the rise and fall of great powers, countries, and economies.

I would like to put the black swan theory into the context of security against acts of terror:

One example, and perhaps the most famous, that depicts the black swan is what happened in September 2001 in the U.S.A. – the aerial attack on the World Trade Center and the Pentagon. We will examine if this event meets the criteria for definition as a black swan.

Why do black swans occur?

One of the main reasons for the existence of black swans is to be found in the nature of man.

The disasters caused as a result of black swans are extremely rare events and there is a tendency to ignore the possibility that they will occur. The impact of these events is likely to be so great that it is convenient to ignore them and the signs that they are imminent. Ignoring them in this way leads to a 100% certainty that when the disaster occurs, it will be a multi-victim one.

When a terrorist organization tries to create a black swan, its purpose is to sow terror, to shock and to strike an effective blow to the consciousness of the party attacked.

Nassim Taleb analyses the three main illusions that prevent man from relating correctly to history. The writer calls them the “three blocks”: 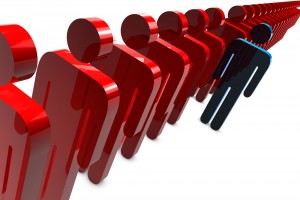 There is a high probability that black swans (whether acts of terror or natural disasters) resulting from inactivity or lack of preparedness can be prevented but only if we take a proactive approach to planning for the extreme scenario. Early and precise planning allows us to identify all those weaknesses and vulnerable points the opponent will try to exploit, and bolster them against a threat, thus preventing a dramatic impact. In the context of security, if we conduct a professional review of the risks and pinpoint both the threats and the weak points, the probability of a black swan will be drastically reduced. Such a review must include the following equation:

Calculated risk management allows us to deal with extreme situations.

Preparedness, no matter how thorough, is not enough to win, since the opponent will always have the advantage of being the instigator. He will try to gain the upper hand through tactics, deception and surprise. A terrorist will try to surprise in at least one parameter: location, time and means, whereas the victim, if he wants to prevent an extreme event, needs to act at peak capability to neutralize the attacker and foil his plans.

A black swan can be avoided if we succeed in surprising the attacker, foiling his plans, and putting him off balance.

The recognition that it is certain that a catastrophe will occur must be at the basis of the awareness of all security personnel – we may be surprised but we must not be stunned.

How can we deal with black swans the moment they occur?

In his black swan theory, Taleb recommends, therefore, considering the possibility of a disastrous collapse in a certain sector as being certain, and being prepared to deal with it. This is basically a recommendation to be mentally prepared with the aim of keeping the awareness level functioning at peak capacity.

A proactive security setup based on managing risks and pre-emptive action to put the opponent/attacker off balance will have a high probability of preventing a black swan.

Mr. Levin has just recently joined Lotan Security and is an expert in the area of protective security with extensive experience in aviation security, security systems management, critical infrastructure and corporate protection. Mr. Levin’s experience is based on his past work managing international aviation security systems spread over a wide geographical area for ELAL Airlines Security.  His responsibilities included managing the officers in charge and supervising projects and large scale operations.  He was responsible for hundreds of employees and thousands of day-to-day security operations in a highly competitive commercial environment for 10 years, many of them during an era of high profile terror attacks.  This unique combination of maintaining the highest security standards while taking the needs of the commercial environment into consideration are what helped to make him unique in the industry and a leader in the field.

One Response to Black Swans in the Security World