Posted on September 5, 2011 by Administrator

a. The Information Layer ­ Intelligence is No Longer a “Bonus” – the Decision Stage

Unlike the Israeli security approach, which operated closely with intelligence support but under the assumption that the enemy would surprise them, and therefore proper scanning processes must be carried out, the Russian doctrine relied on the intelligence perimeter, as did the Western European approach, which attempted to construct a virtual protection array, without being followed by an appropriate scanning array.

The Russian failure in 2004 (which was just one of a number of failures by the Russian array to deal with a series of attacks, and not just in aviation), and the British success in 2006, are both indicative of the importance of directing collection at the state level to assist aviation security.

The commercial aviation world largely relies on data communications systems, data that can and should be used for aviation security.

In the late 1990’s and early 2000’s a group of experts studied the possibility of employing APIS ­– Advanced Passenger Information System. This system scanned the reservation system and compared each passenger name to the Passenger Name Record for detection of suspicious signs for the purpose of investigating passengers.

One might summarize and state in the language of intelligence operators that by the end of the first decade of the 21st Century, an intelligence picture of passengers began to form in shades of grey with the assistance of more developed systems (and black hat wearers may have been detected), however, in the matter of consolidating the information for the purpose of examining the risk to a certain flight, the picture remained very blurry, as none of the parties requesting the information had calculated risks to specific flights.

Over the past two years, systems were completed that will change the face of aviation security – systems that not only examine whether a passenger is blacklisted and classic suspicious signs, but also examine demographics, shipment and travel patterns, Real time sensors, Biometrics, cell-phone maps , Behavior and mach more which creates a rich and colorful image regarding each and every passenger and, when needed, a very clear picture of the risk level faced by each and every flight, after weighting a variety of data. 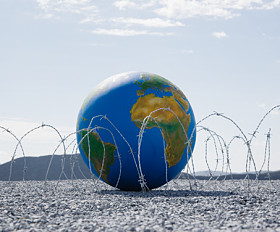 Connections between the intelligence system based on information on passengers before they arrive at the airport and sensors that acquire the passengers and escort them upon their entrance to the expanded airport compound are beginning to appear today. In the next stage, relevant information only will pass from these systems to the security worker who, assisted by the information, will interact with the passenger before them and make a decision regarding the level of examination required for passengers and their luggage.

When the passenger risk characterization stage is completed, the scanning stage of the passengers and their luggage begins. The link between the stages is reality-based and necessary and a total and compete security array cannot be maintained for all passengers, as American authorities assumed in the past.

Focusing on actions only, besides constituting a value for any organization dealing with a complex challenge like securing masses of people in a commercial environment, is necessary due to the need to operate a number of scanning tools for each object. As of today, there is no wonder machine that can scan a passenger and their cargo at the desired level, and therefore the process is divided into two main stations: scanning the luggage sent to the plane’s hold and scanning the passengers and the luggage they carry into the passenger’s compartment.

Experts currently agree that multi-stage automatic scanning systems provide a response to the thread posed by passengers characterized as potentially regular- or low-risk. These passengers are obviously not bringing terror devices onto aircraft willingly, and therefore we examine them mainly due to the possibility that their luggage can be used to bring a device onboard a plane. Such a device is relatively easy to detect and the detection system is supposed to detect one or more of its components.

In addition to passengers with a low threat potential, there are those characterized in early stages as having a high threat potential. These passengers may carry in their luggage advanced devices that could overcome the detection capability o the automatic systems and therefore the examination must be complemented with more advanced technology or with the assistance of the human element.

The possible means that can assist a passenger in carrying out a terror attack in the passenger cabin is highly varied and is probably not final, and therefore reliance on the results characterization stage in the scan is critical.

Passengers with a regular of low risk potential will be re-examined based on the same rationale of use by other for the purpose of carrying out attacks with security margins that have not perhaps been properly characterized.

Passengers with a high risk potential will be scanned by the more advanced scanning measures and even them, the option must be considered of separating their luggage and sending most of it to the cargo hold, far from their reach.

We must remember that if the enemy intends to win through the use of the element of surprise, that attacking passengers have managed to overcome almost any attempt by the array.

There is an inherent complexity in upholding the final security component – securing the airplane during flight, whether due to a mistaken belief that airborne security constitutes admission of defeat of prior security circles or due to the high cost and loss of income for airlines, or due to the complexity and sensitivity of the security efforts themselves.

When speaking of security in an aircraft in flight, most attention is immediately given to airplane security personnel, but in fact there are a number of components, which include the training and certification of the flight crew, equipping the aircraft for second line of physical protection (second barrier) and finally, assisting technological systems.

Neglecting and abandoning this level of security is most surprising and is not in line with the most severe terror events of the past decade.

The September 11 attacks wee aimed precisely at this layer of security, to be precise, in the absence of proper protection. As response to the attacks a massive scanning array was established which up until a year ago deal with detecting conventional explosive devices, a few improvised devices, with very little attention given to securing the aircraft in flight.

The question arises whether the terror attacks could be repeated according to the same format – I’ll leave the answer to you.

The terrorist organizations had no second thoughts and the have learned these lessons years ago, launching Richard Reid followed by Abdul-Mutallab and others to defeat the security array, and they succeeded time and again. 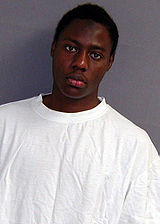 Advanced technological systems developed for dealing with airborne terror events have been tested and presented over the past two years, but despite the fact that they cost some 0.1% of the total cost of the airplane, none of them have been purchased. These systems combine varied capabilities and have proven themselves in simulations and have received the assistance of the major aircraft manufacturers.

Very few airlines have integrated any such measures in their planes and second barriers, despite the fact that they are required by some of the organizations, are very hard to find.

A balanced security array is comprised of a human element with appropriate capabilities and skills, relevant technology and appropriate procedures, with each of the three elements balancing the other two.

Establishing the system and balancing the three components, human-technological-procedural, will provide it with the tools for dealing with any familiar or new challenges and will, to a large degree, neutralize the risk of surprise. At the doctrinal level, the array is capable of defeating both “intent” and “means”, and therein lays its greatness.

Mr. Levin has just recently joined Lotan Security and is an expert in the area of protective security with extensive experience in aviation security, security systems management, critical infrastructure and corporate protection. Mr. Levin’s experience is based on his past work managing international aviation security systems spread over a wide geographical area for ELAL Airlines Security.  His responsibilities included managing the officers in charge and supervising projects and large scale operations.  He was responsible for hundreds of employees and thousands of day-to-day security operations in a highly competitive commercial environment for 10 years, many of them during an era of high profile terror attacks.  This unique combination of maintaining the highest security standards while taking the needs of the commercial environment into consideration are what helped to make him unique in the industry and a leader in the field.