Posted on September 12, 2011 by Administrator

On the morning of the 7th of November an explosive device exploded in close proximity to one of the gates of the High Court in Delhi, the capital of India.  As a result of the explosion, approximately ten people were killed and more than sixty were wounded.  According to preliminary findings, the terrorist attack was perpetrated by means of a suitcase bomb.

A few hours subsequent to the terrorist attack an e-mail message was received in these words:

“We own the responsibility for today’s blasts at Delhi High Court”, it was stated in an electronic mail message circulated by Harkat ul-Jihad Islami.  “Our demand is that Afzal Guru’s death sentence be repealed immediately else we would target major high courts and the Supreme Court of India”.

According to security officials in India, this involves an authentic mail that is characteristic of the organization and its modus operandi.  Afzal Guru, whose name appears in the message, was sentenced to death for his involvement in a terrorist attack on the parliament building in New Delhi in December 2001.  He denied his connections with the organization and during the course of the trial the prosecution introduced cellular telephone records tying him to the terrorists who had perpetrated the terrorist attack.

The Harkat ul-Jihad Islami Organization operates out of Pakistan and is very close to the Al-Qaeda terrorist network.  The organization’s leader, Ilyas Kashmiri, who was killed approximately 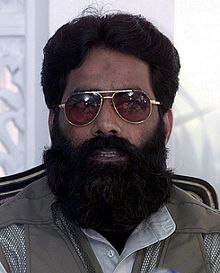 three months ago in an American aircraft air strike, was considered one of the leaders of Al-Qaeda and his name was even mentioned as someone who may take leadership of the network following the killing of Osama Bin Laden.

The organization has been involved in political activity and in terrorist activity against domestic and foreign objectives and as evidenced by the terrorist attack on the parliament building in New Delhi in the beginning of 2000.

The organization’s cooperation with Al-Qaeda people enables it to improve its operational capabilities in all matters related to its operational activity.  Furthermore, the head organization assists in planning, training and assimilating operational models at the terrorist attack planning stage.

Since the officials have admitted that the area of the terrorist attack was not secure, then it may be established with a high level of 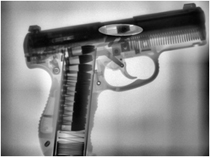 probability that this fact was known to the perpetrators in time and therefore the terrorist attack was at this gate and not in other places.

The security personnel operating in the field have an advantage over the perpetrator in as much as they should know the secure area inside and out. A professional security system is likely to thwart terrorist attacks if they act pursuant to the above-mentioned conclusions and lessons.