Sun Tzu: “The supreme art of war is to subdue the enemy without fighting.” 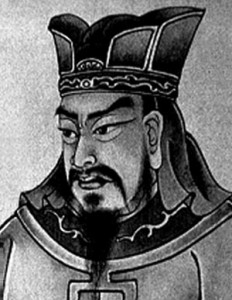 Can the assertion by Chinese philosopher Sun Tzu still apply in a security context more than 2,500 years later?

In this short article we will test the security we are familiar with nowadays according to the standard criteria of the universal theory of the “art of war” according to Sun Tzu, Clausewitz, and other general-philosophers.

The model assumes that there is a sound correspondence between arrangements for civil security and deployment for a “defensive” form of  battle. This kind of battle is conducted in the defender’s territory and takes the form of holding the territory (objective/installation etc.) as an end in itself (keeping the airport operating normally for example) or preventing the enemy  from being able to sabotage it (to disrupt its functionality).

The main elements of deployment for a defensive battle are the security force which is the front line that first comes into contact with the enemy, the holding force where the main effort is expended, and the strike force that takes the fight to the enemy and whose duty it is to make the attacking moves in defense. We can very easily adapt these forces to an airport, a strategic installation or even to a hotel, and I leave that for 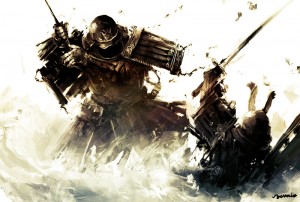 every reader to do.

There are two basic tenets of defense: one is “the line of contact will be broken”, meaning that the enemy will succeed at least in overwhelming the defender’s forward line, but even if that is clear and well-understood, it is not what will finally decide the outcome and consequently it gives rise to the multi-level model that will also apply in the future; and the other is that the enemy will try to surprise in at least one form – time, place, means in order to gain the upper hand, which is perfectly obvious and requires no explanation.

It is a common error in war as in competitive sport to decide the composition and tactics of your own group without taking note of the opposing faction, and therefore we will examine the enemy attacking the security arrangements.  “Every age has its own kind of war,” said Clausewitz and “water has no constant shape, war has no constant dynamic” according to Sun Tzu, so who is the attacker in our time? The replies are varied although for the purposes of this article we will declare the features of world Jihad to be the relevant reference threat.

The modern enemy adopts guerilla tactics to attack the security setup because it is weaker than the defender in means, forces, familiarity with the territory and the procedures, and in fact in every possible parameter apart from one element that is clearly in its favor and that is the element of surprise.

Surprise is achieved by employing a stratagem that is in effect the essence of the operational goal of attack. The stratagem always includes risk taking  and its objective is to act on the enemy’s state of mind, in other words to strike at the point that will instill fear not only as a result of the attack outcome itself but from the position of inferiority in which it finds itself. The object of the stratagem is therefore to put the defender off balance and strike it in this position of inferiority.

The question is what is the most effective course of action the defender/security provider can take against the attacker?

The answer is easy to say but extremely difficult to achieve – the defender must surprise the attacker.

Surprise can only be achieved if the defender takes a proactive approach, aims at disrupting the attacker’s first moves in order to foil his plans, to undermine his state of mind, or even to change it.

Such a proactive and attacking approach to defense has manifested itself in various methods over the years. We call it protective screening and it has the following features:

The asymmetrical alignment that has been our lot in the last few decades between terrorist attacker and security systems creates an equation that each side tries to tilt in its own favor. Experts now understand that only by taking a proactive approach can there be any effective security that allows for sound conduct alongside efficient security. The use of this proactive approach requires professionalism and professionalism means constant appropriate recruitment-education-training-maintaining capabilities and innovation.