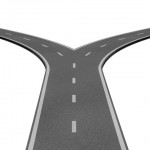 invasive physical searches, including a strip search, of any person taken to jail or into custody, even if he was arrested due to a minor offense such as driving at excessive speed or failing to pay alimony – with no need to prove that there is any suspicion that the arrested person is carrying anything prohibited. There is a bill before the British parliament under which the country’s security agencies will be given the power to eavesdrop on the emails and SMS’s of its citizens. Many democratic countries are now displaying increasing readiness to employ strong measures against increasing international terrorism. This policy confronts democratic countries with a difficult challenge – how on the one hand is it possible to fight terrorism effectively and uncompromisingly, and on the other hand not to infringe human rights and basic freedoms which are the lifeblood of every democracy. This challenge presents itself most clearly in the legal arena when the executive branch in a democratic country seeks to enact laws that give the security forces in the country powers to take harsh and invasive measures in their fight against terrorism.

I have chosen to concentrate on a review of the main counter-terrorism legislation in Britain and the United States since the events of 9/11. The decision to concentrate on those countries in particular is because they are currently in the forefront of the international war on terrorism and also have a long democratic tradition.

After the terrorist attacks of September 11, 2001, Britain turned its attention to dealing

with increasing international terrorism. In 2000 the British parliament passed the Terrorism Act, 2000. This law rescinded the British emergency legislation that had mostly been directed against Irish terror and made a comprehensive readjustment of the legal tools in the fight against terror in Britain. The new law redefined the term terror and took a more serious view of crimes associated with terror. The Terrorism Act, 2000 is the main piece of legislation against terrorism that the British have passed into law in recent years and under its provisions hundreds of people suspected of being involved in terrorism in Britain have been arrested and dozens of people have been convicted of the crimes set out in it, but it is not the only piece of counter-terrorism legislation passed in Britain. Immediately after the terrorist attacks of September 11, Britain applied itself to installing additional legal tools aimed at dealing with cross-border international terrorism.  In December 2001, the British parliament passed the Counter-Terrorism, Crime and Security Act (hereinafter, ATCSA) in which it considerably extended the powers granted to the British security forces in a wide variety of areas connected with the fight against terrorism, including in the area of arrests, interrogation and surveillance, and in the area on the non-conventional fight against terror. Concerning arrests, Section 4 of the Law created a new mechanism that empowered the British Minister of the Interior to order the administrative detention of foreign subjects (not British citizens or residents), suspected of being international terrorists endangering Britain’s national security and who cannot be deported to their countries of origin.

In December 2004, the judges ruled by a majority to rescind the provisions of the Law dealing with the arrest of those suspected of being involved in terrorism because they discriminated between foreign and British citizens, since they allow for the administrative detention of foreign citizens only but not the administrative detention of British citizens even if they pose an equal threat to Britain’s security. The judges also determined by a majority that the British authorities had not succeeded in proving that there was no room under certain circumstances for taking less stringent measures against detainees than administrative detention, such as electronic tagging, restriction and supervision orders.

Following the ruling, the British parliament rescinded the provisions of the ATCSA dealing with those suspected of involvement in terrorism and passed by virtue of it a new law called the Prevention of Terrorism Act 2005. This law, which is still in force, allows restriction and supervision orders to be issued against those suspected of involvement in terrorism, such as orders for house arrest and orders restricting movement in place of administrative detention, without distinguishing between British citizens and foreign citizens.

events of September 11 is the USA Patriot Act. This comprehensive piece of legislation was passed by the American Congress on October 26, 2001 and significant reforms were introduced in scores of existing American laws in order to allow the security authorities in the United States to employ invasive measures in its struggle against terrorism that were not available to it prior to its legislation because of the infringement of human rights and basic freedoms involved in their use, including invasive search and surveillance powers, arrest, seizure and confiscation of assets. For examples, it states in one section that the United States Attorney General has the power to order the arrest of foreign citizens when he has reasonable grounds for believing that they are involved in terrorism or in other acts that pose a danger to the national security of the United States.

In this context it should be mentioned that the arrest of Taliban fighters and al-Qaeda terrorists in Afghanistan and their detention in Guantanamo created a wave of legislation on the one hand and public and legal outcry on the other that led to the Supreme Court being much involved in the legality of the judicial process. The Supreme Court made rulings that led to changes in the legislation but did not actually make things easier for the accused.

Since the terrorist attack of September 11, there have been attacks and attempted attacks

on aviation targets in the United States, Russia and other countries. The common feature of the attacks that were carried out (or that failed because of the terrorist’s low level of expertise) was the fact that in all of them the terrorist succeeded in passing through the checks and getting his explosive charges on the plane. Tightening security checks and ensuring that all passengers go through the same security checks creates an operational problem, affects passenger service, and imposes a heavy financial burden on airports.

The treatment of passengers at airports by security personnel is one of the most complex and delicate issues on the agenda of supervisory bodies worldwide. There is a dissonance between the increasing threat and the need to safeguard the rights of the citizen – and this contrary to tougher legislation as described above. In an effort to deal with this dissonance, many countries have incorporated security technology in response to the need to avoid as far as possible invading a passenger’s privacy and/or making a decision to check him for irrelevant reasons. However all the evidence until now is that bombs don’t get to the airport on their own. Somebody brings them with the intention of using them. The modern terrorist knows how to disguise his bomb (take the example of the terrorist who concealed an explosive device in his shoe on his flight from Paris to the USA and the terrorist who concealed an explosive device in his groin on his flight from Holland to the USA.

1.     The complexity of the threat demands advanced thinking in order to combine interviewing suspicious passengers with the use of modern security technology.

2.     Stiffening of legislation provides the security authorities with many items of information about its citizens. A mechanism should be put in place that will make it possible for the information to be passed on to the security teams at the airport with the aim of concentrating on suspicious passengers.

3.     It has been shown that strategically significant terrorist attacks lead to a tightening of legislation and consequently to impinging on the rights of the citizen. If some of the tools available to the law are transferred to security staff at the airport there is a reasonably high probability that attacks can be prevented at the stage of the meeting between the security officer and the suspicious passenger.

4.     The invasion of the passenger’s privacy is of infinitesimally less consequence than the potential injury to citizens in general as a result of tightening legislation.

Despite the geographical distance and the different circumstances that led the United States and Britain to pass counter-terrorism legislation, it is possible to find similarities between them. In both countries the counter-terrorist legislation passed gives broad powers to the security authorities in the country to adopt invasive measures in the fight against terror, such as interrogation, surveillance, supervision, detention, seizing property and confiscating it, and it define special crimes associated with terrorism, with especially severe punishment being meted out to those who commit them. Alongside this both countries are strongly opposed to talking to passengers at airports. The dissonance between the broad powers given to law enforcement officers outside the confines of the terminal and those given to security staff in the aviation sector has to be rethought and regulations must be put in place to enable the use of professional tools to thwart future attacks in that sector.

History has shown that another attack on aviation involving a large number of casualties will create a new wave of tough legislation that in the end will cause greater damage to the freedom of the individual and the basic freedoms of citizens. Now is the time for legislators, law enforcement and security officers to sit down together and establish norms, guidelines and tools to make it possible to deal more professionally with modern terrorism in general and the threat to planes and passengers n particular.